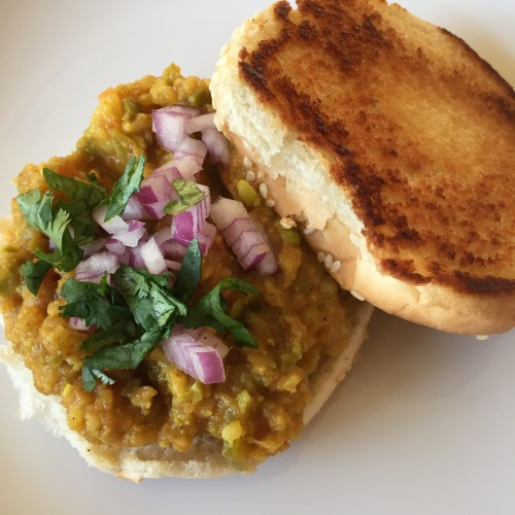 Pav bhaji is said to have originated in the mid 1800s among mill workers in Mumbai looking for a quick lunchtime meal before resuming work. Vendors mashed up remains of assorted dishes to create a spicy concoction and served it along side soft bread. I like to think of it as an Indian version of a Sloppy Joe. Today, it’s a favorite Indian street food and you can sometimes find it on restaurant menus. But, please, don’t worry. You don’t need to book a trip to Mumbai or even seek out an Indian restaurant that offers it. Traditionally the bhaji is served over a soft, toasted bun. This is how the dish is meant to be eaten but I have found it also tastes delicious next to steaming brown rice. Either way, you can’t wrong. The bhaji pav masala that’s called for can be purchased at any Indian grocery store and is a combination of spices including fennel, coriander, cumin, cinnamon, cardamom, and clove. Usually I think substitutions and omissions can work but in this case, you really must have the bhaji pav masala. It may seem like a lot of little steps but the food processor is quite handy for this recipe and you need not bother cleaning it out between steps. If you assemble all of the ingredients ahead of time, the cooking part of it actually goes quite smoothly.

Place the cooked potatoes and cauliflower in a bowl and roughly mash the mixture together and set aside.

In a food processor, pulse the onions and garlic until finely chopped. Set aside.

In the same food processor, pulse the tomatoes until they are finely chopped but not completely puréed. Set aside.

One last time in the food processor, pulse the green bell pepper and peas until they are finely chopped. Set aside.

Warm the olive oil in a medium sized pot. Add the onion and garlic mixture and sauté over medium heat until the onions are softened and beginning to brown.

Add the finely chopped tomatoes. Stirring frequently, cook until the tomatoes have melted down a bit.

Add the spices including salt. Stirring frequently, cook this mixture for another 5 minutes or so until the spices have really melted into the onion and tomato mixture.

Add the green pepper and pea mixture. Cook for an additional few minutes.

Add the slightly mashed up potato and cauliflower mixture and stir into combine. You will need to add a little additional water (use the reserved water from cooking the potatoes and cauliflower if you have it!) to thin out as needed. Simmer on low heat for another 1/2 hour.

Season with additional salt to taste.

To serve, heap it over a bowl of brown rice and garnish with red onions and cilantro. For a more traditional version, serve alongside a perfectly butter and grilled bun. 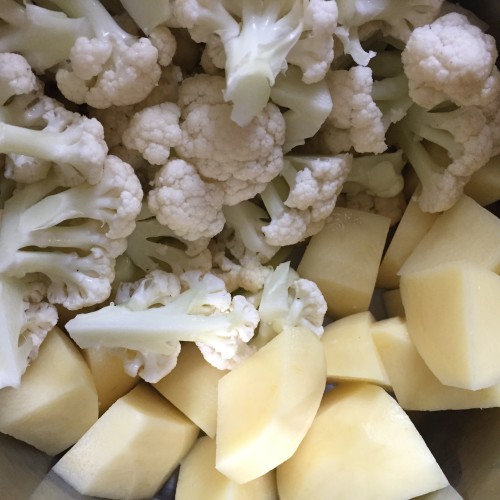 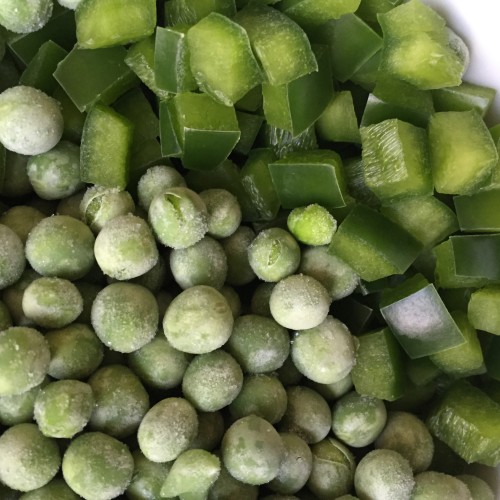 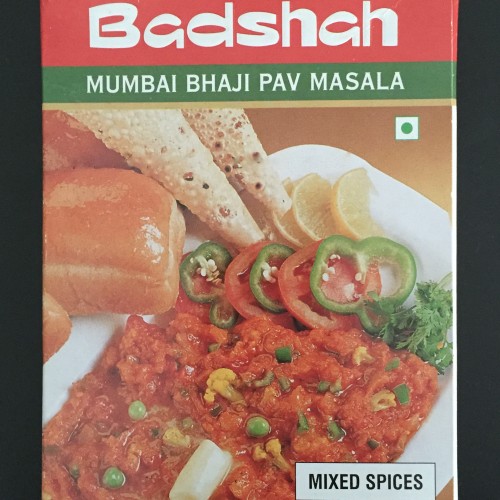 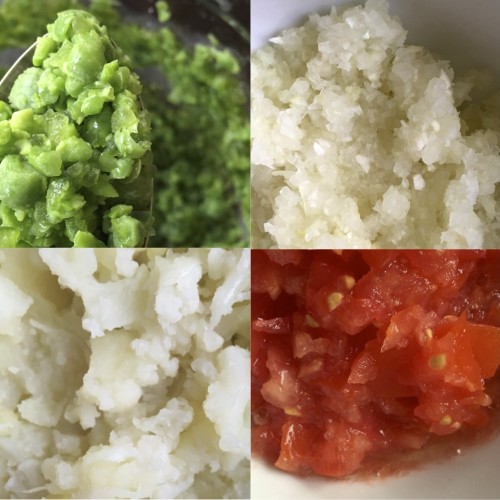 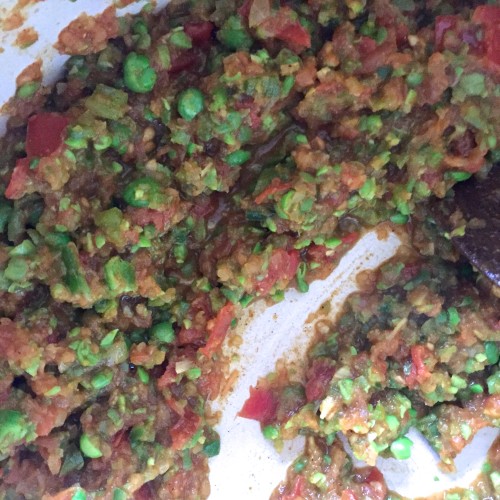 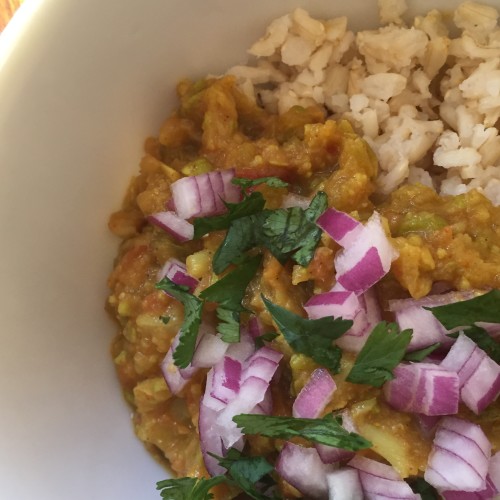