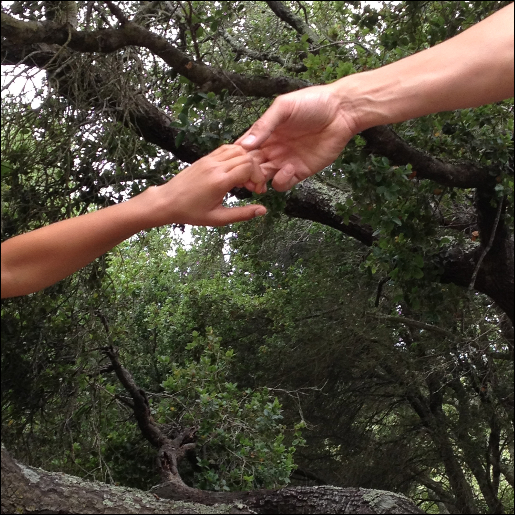 The Myth of the Spoiled Child

Several years ago I attended a talk given by Alfie Kohn at the Common Grounds Speakers Series and I can honestly say that I still look to many of the principles he outlined in his talk and book, The Myth of the Spoiled Child.  It has reshaped the way I parent. I hope you find this to be a useful topic.

When I attended the talk, I was expecting to hear about his views on parenting and education. What I wasn’t expecting, however, was how thoroughly engaging and entertaining he would be. It was obvious that he was passionate about his message. He delivered his information with such enthusiasm and conviction that you couldn’t help but walk away feeling inspired and energized. You can find many of his talks online, and I highly recommend that you check them out.

Many of his points, though filled with humor, had the potential to make both parents and educators in the audience uncomfortable. His take on homework, “bribing” our children into compliance and even the ever present “time-out” go against what actually happens in many homes and classrooms. He challenges the prevalent attitudes in our culture about children. In his book and throughout his talk, he refutes the notion that today’s children are more spoiled than previous generations (the research doesn’t support it). He addresses the popular claims in our culture that parents are simultaneously guilty of being permissive (the spoiled child) and of over-parenting (the helicopter parent). How can that be? Parents, he states are “encouraged to worry. Are we being firm enough with our children? Are we too involved in their lives? Do kids today feel too good about themselves? (I would add — are they feeling not good enough?)”  He argues that all of these questions are misconceived and that they distract us from what we ought to be considering:

At the core of Kohn’s message is that rather than doing things “to” our children to make them compliant with our wishes that we need to shift our thinking to “working with” behavior.  Most everyone can agree that bribing kids in order to get them to do what we want will eventually backfire. This sort of a relationship not only teaches our children that rewards and treats are reasonable expectations for good behavior but ultimately the demand for such rewards will only grow at an escalating pace. Less obvious, however is that time outs and excessive praise similarly work against the positive psychological development of our children. A time out he says is merely a punitive disciplinary tactic. The concept that was probably the most difficult to embrace was that praise could be equally disruptive.  He describes praise as a verbal reward that offers “conditional” approval– meaning you must do “this” (share with your sister) in order to get “that” (good job!). He emphasizes that the danger of praise is that it teaches children that they are valued for what they do rather than who they are (I’ll share a story from the Q & A that will highlight this point later).

If bribing, time outs and praise are what “doing-to parenting” is, then Kohn offers that “working with parenting” can be achieved through the following:

I could go on and on, but I want to summarize by offering some take home points from the talk and a practical tip from the Q & A.  The following were quotable moments from the evening for me:

At this point, the talk was opened up for a brief Q & A. The one question that truly captured the sentiment of the evening for me was when a parent asked about praise. She relayed an incident where her 5 year old daughter showed kindness by sharing something with a friend. The mother inquired why it would be “wrong” to praise such a wonderful gesture — after all, she wants to encourage this behavior in her child? To this Kohn replied– “do you not think your child knew that it was a kind thing do?” The mother responded “yes, of course I think she knew that she was being kind”. They went back and forth for a bit but the main message here was that by praising the child for her behavior, you reduce her kindness to a mere “fluke” and don’t believe that she is capable of knowing how to be kind — that she must be reinforced for doing something nice because otherwise she’d never act that way again. Instead, he offered that it may be more useful to focus on how the other child felt when her daughter offered to share. The “reward” comes from bringing happiness to someone else rather than getting praise.

I tried to capture the essence of the talk. I know that in our daily lives sometimes these points of guidance may not seem attainable but as with most things I write about, I think the task is not to be “perfect” parents but rather to be aware of our motives and actions and to be open enough to learn from experiences both good and bad. In fact, Kohn very nicely reminds us that “there will be days when we lack the time, the skill or the patience to do these things properly. But if we resort to compelling children to do what we want, or using force (physical or psychological) to prevent them from doing what we don’t want, then we should be willing to admit that our response was less than ideal. There’s a big difference, after all, between forgiving ourselves an occasional lapse ad not even recognizing that what we did was a lapse.”

I think his approach offers some wonderful insight and a nurturing and holistic approach to parenting. His words conjure up an image that a psychologist once shared with me of holding your child’s heart in your hands –meaning to be a source of support and nourishment for them. It doesn’t require that as a parent you”fix” everything for them but merely that you support them in a loving way.

I highly recommend his book and his website has a wealth of information. I would not look at his approach as a “how to manual” but rather a resource that you can pull from to help support you in the caring of your children.